How Could I Be So Wrong? “Being Wrong” Review A simple idea can change everything. Being Wrong is a such a simple idea.

I was reading “Being Wrong” yesterday and picked up where I’d left off a few weeks back when I encountered author Kathryn Shultz through a TED talk.

The story at the start of this video is a perfect example of an idea that can change your life. While I’ve intellectually agreed with all Kathryn talks about, the story of the Chinese symbol was enough to get me to order the book immediately. Reading through, I’ve learned much about how we feel about being wrong and new ways to help myself and others turning mistakes into data points we can learn by.

I may still run off the cliff from time to time, but I’m not afraid to look down as much now.

Most of us will do anything to avoid being wrong. But what if we’re wrong about that? “Wrongologist” Kathryn Schulz makes a compelling case for not just admitting but embracing our fallibility.

Kathryn Schulz is a staff writer for the New Yorker and is the author of “Being Wrong: Adventures in the Margin of Error.”

Why you should listen to “Being Wrong” 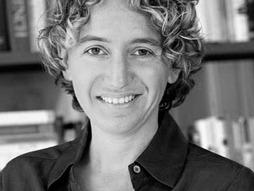 Kathryn Schulz is a journalist, author, and public speaker with a credible (if not necessarily enviable) claim to being the world’s leading wrongologist.  She is the author of Being Wrong: Adventures in the Margin of Error. She was previously the book critic for New York Magazine; her writing has also appeared in the New York Times Magazine, Rolling Stone, TIME Magazine, the Boston Globe, the “Freakonomics” blog of The New York Times, The Nation, Foreign Policy, and the New York Times Book Review, among other publications.

She is the former editor of the online environmental magazine Grist, and a former reporter and editor for The Santiago Times, of Santiago, Chile, where she covered environmental, labor, and human rights issues. She was a 2004 recipient of the Pew Fellowship in International Journalism (now the International Reporting Project), and has reported from throughout Central and South America, Japan, and, most recently, the Middle East. A graduate of Brown University and a former Ohioan, Oregonian and Brooklynite, she currently lives in New York’s Hudson Valley.